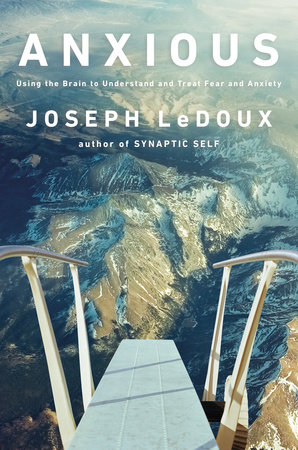 THIS EVENT IS OVER - Please click for the recording

"I'm thrilled to have Dr. LeDoux on ABBA. Knowledge of the brain gives more tools to address fear and other emotional issues in our animals (and ourselves). The reconsolidation concept studied in Dr. LeDoux's lab just blows me away - to think that we can rewrite the emotional content of a memory. Even though he focuses on studying animals to help humans, books, Synaptic Self and the Emotional Brain book should be required reading for every animal trainer out there. It's only fair that studying animals actually benefits their species in the long run." - Grisha

To attend, just log in and go to the Animal World Superstars Pro Member Q&A page. You can post your questions in advance and we will save them up for the session. You can also post questions live.

Joseph LeDoux is the Henry and Lucy Moses Professor of Science at New York University in the Center for Neural Science. He directs the Emotional Brain Institute of NYU and the Nathan Kline Institute. His work is focused on the brain mechanisms of memory and emotion and he is the author of The Emotional Brain and Synaptic Self. His new book, Anxious, will be out in July 2015. One of its goals is to try to clarify what we can and can't learn from animals about human feelings, especially fear and anxiety.

Dr. LeDoux is a Fellow of the American Academy of Arts and Sciences, the New York Academy of Sciences, and the American Association for the Advancement of Science, and a member of the National Academy of Sciences. He is also the lead singer and songwriter in the rock band, The Amygdaloids. They will have a new CD, Anxious, which will release at the same time as his new book of the same name (in July). The CD will songs about anxiety, fear, and other aspects of mind and brain.

Ongoing work in his lab explores the following questions:

He writes, "A key issue is the role of 'fear' in so-called fear conditioning. Fear, as commonly used, refers to the subjective feeling we experience when in danger. The extent to which animals, aside from humans, have such experiences is not easily determined. We should, therefore, not search for fear or other human emotions in the brains of other animals, but instead should ask whether processes that are present in the brains of other animals are also present in humans. This will help avoid conflation of fearful feelings with more basic survival mechanisms that are widely shared across species."