To view this lesson, please purchase this course or log in if you have already purchased it.[/s2If][s2If current_user_can(access_s2member_ccap_course_004_hh)]

Learning Nonviolent Communication (NVC or also Compassionate Communication) was huge for me. For years, I thought NVC was basically just about being nice, so I didn’t look into it. I figured that I was actually pretty nice and nonviolent already.

I also tried to follow the Buddhist precept of Right Speech, which has us ask ourselves the following questions before speaking:

Those are great guidelines to follow, but I needed more specifics to really hone my communication skills and truly connect in an undefended way.

As the Center for Nonviolent Communication writes, “NVC reminds us what we already instinctively know about how good it feels to authentically connect to another human being.”

I looked into NVC to find a way to nourish some friendships that were very sensitive to defensiveness. I wanted to communicate without accidentally triggering the other people’s defensiveness, and I also wanted to make sure I wasn’t just a doormat, not sharing how I felt or what I needed in order to avoid their triggers. I wanted more vulnerable, authentic relationships.

NVC works great for me because it takes the approach that all behavior can be seen as attempts to meet needs. I firmly believe that. It’s at the root of my empowerment approach to dog care and the way I interact with people, including myself. As Thom Bond writes about this approach to human behavior:

“I do not claim this is true or not true. It is a way of seeing things. I DO claim that when I have this ‘perspective’ or ‘awareness’ – when I can see my own actions or the actions of others in a context of human needs, I experience more understanding, connection, and harmony.

Having a need-based approach to behavior helps me remember how much in common I have with others. Behavior that seems completely irrational can make sense through this lens.

NVC is philosophy, but it’s also a precise and effective communication tool to honestly share what’s alive in us. The basic idea of NVC is to describe what’s happening from a feelings and needs perspective, to build empathy so all parties can look for a strategy that takes everyone’s needs into account.

NVC was developed by Marshall Rosenberg and it’s been used to negotiate between countries that are at war. It’s so simple and yet so disarmingly effective in all types relationships.

Steps 1-3 shouldn’t bring up any defenses, because it starts with a statement of what actually happened, as a camera would record it. Steps 2 and 3 are about the person speaking, so they build empathy, not defensiveness. Step 4 is a request and the person might say no to it, but hopefully has empathy for the speaker and is willing to find another strategy to meet their needs.

Here’s a recent example from my life. I messaged a question to a friend of a friend, let’s call her Jane, who had never met me. She sent back her disapproval of me and my behavior using insults and shaming.

My first response was to get angry. I’m human. I wanted to write her a letter to put her in my place, to let her know I’m totally competent and awesome and in fact she is a bitch.

That lasted about 1 second and then I crafted a much more subtle letter in my head that still fed my ego and reminded her she was the one who should be ashamed of this kind of language.

I soon became aware that I was getting hooked by a story I was telling myself. My anger was a flag to me that she was probably feeling upset with me. How did I feel under the anger? Ashamed, her words were shaming. That’s my clue.

I know from Brené Brown’s fabulous research on shame that if Jane was trying to shame me, then she probably thought I had been trying to shame her, and she was defending herself in this way.

First I double checked that she really was using shaming language and I wasn’t just projecting my own emotion. Nope, she really was deliberately insulting me.

Ok. So my second wave of response was to just take the high road and ignore it. But that felt icky, it didn’t meet my need for authenticity, for harmony.

So I doubled down on vulnerability. I shared my emotional response to what I had observed and requested what I needed.

I started with some empathy for her, then moved into the four NVC steps to request a strategy to meet my need:

As you mentioned, you don’t really know me, so you wouldn’t know that when I interact with people, I’m not ever looking for ways to hurt them. Texts can be read in multiple ways, so I’d like to clarify why I asked that question and apologize if it came off as questioning your competence…

When you responded to my question with an insult, I felt guarded and uncomfortable, because I have a need for harmony and cooperation, and to be seen. In the future, if you think that I have said something hurtful, would you be willing to ask me to clarify my intention?

Her defensiveness melted on the spot and we were able to talk more by Messenger, meet up in person later that day, and actually enjoy each other’s company.

Note: be careful of using pseudo-feelings instead of feelings. Pseudo-feelings are words that we call feelings in the English language, but they’re actually describing the story of what the other person did to us or how we think we are. Examples: “like a loser,” “abandoned,” “unloved,” “attacked.”

Sharing pseudo-feelings tends to be seen as an accusation, so people get defensive and stop being able to really see you

Split that into feelings and needs, instead. Instead of “like a loser,” (which is a story of who I am, not how I feel), the non-defensive NVC phrasing would be, “I felt ashamed, because my need for competence and belonging was not met.” Instead of “attacked” (which accuses the other person of attacking), one could say, “I felt uneasy because my needs for love and empathy were not met.” Rather than “unloved,” one could say, “I felt sad and lonely because my needs to be seen, to be loved, and to belong were not met.”

Note: NVC is also great for powerful expressions of gratitude. For example, I could say to you, “when you post on Facebook in response to this course, I feel warm and grateful, because my needs for harmony, contribution, and community are met. Thank you so much!”

Here’s a great modern video on using NVC with children. She has three videos about kids and a ton of other NVC videos on her YouTube channel. 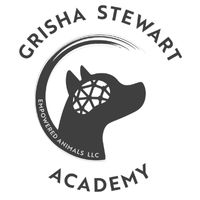 Some of Our Classes:

We believe love is love, no human is illegal, Black lives matter, your life matters, science is important, women’s rights are human rights, animals are individuals with an emotional experience, kindness is everything, and peace deserves a chance. We value and celebrate the many ways of being human. We continue to learn how to better live our values, which are reflected in our work in our local and international communities.